Angelica Hale
Peggy is a young polar bear who appears in the episode "Bringing Baby Back."

Peggy is a white polar bear with blue eyes and a grey nose. She wears a purple scrunchy in her hear fur and a purple pair of overalls with a snowflake on the front pocket. She is voiced by Angelica Hale.

"You're here, You're finally here!" 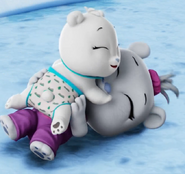 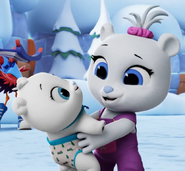 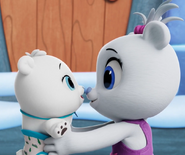 "We can have staring contests" 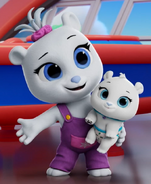 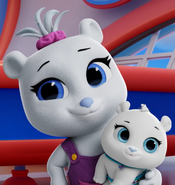 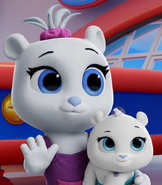 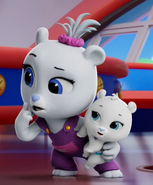 "Where's the return button on this thing?" 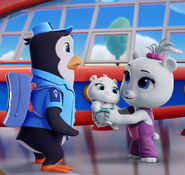 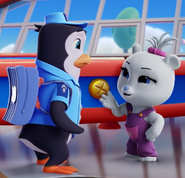 "This one's kind of busted"

Peggy is not impressed 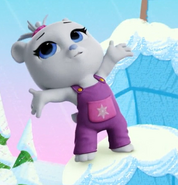 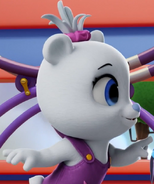 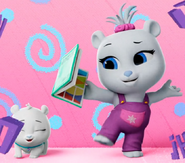 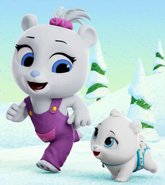 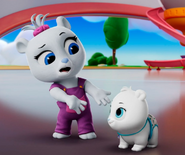 Peggy gets face-hugged by Paul 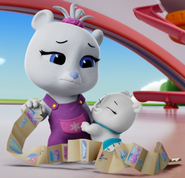 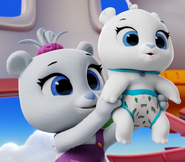 "Can you two take him back?" 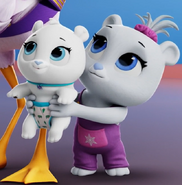 "I want to return this baby" 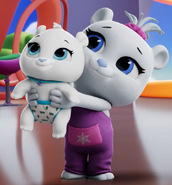 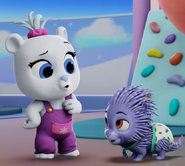 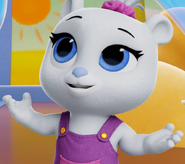 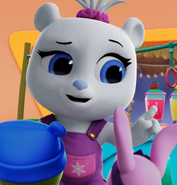 "Were gonna test you out!" 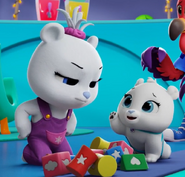 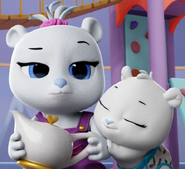 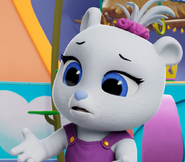 "Your brother needs you" 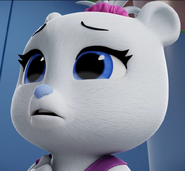 A change of heart 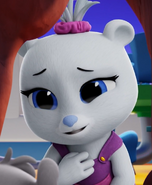 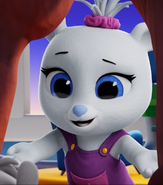 "Pauls a lucky guy to have such a great big sister" 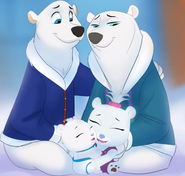