Amari Mccoy
Oki is an otter who appeared in Night at the Nursery and Trunklebee's Day Off.

Oki is a tan colored Otter pup with a tuff of lighter tan hair on her head. She has aqua green eyes and a big black nose. She wears a turquois colored collar with T.O.T.S. symbol and a diaper with turquoise trim covered with tree and mountain symbols.

She was a very restless sleeper cause she initially didn't have anyone to hold hands with as she slept. She managed to untuck herself multiple times through the episode, and was usually holding Freddy's wing. Pip and Freddy gave her many things, and flew her around T.O.T.S to tire her further, but she still wouldn't fall asleep. She proceeded to try to sleep with the other babies in the nursery, holding their paws, though she woke them up in the process. Pip checked the manual, and found that otters like holding each others hands, so Pip and Freddy had Mr. Woodbird make her a stuffed otter for her to hold hands with and managed to stay asleep. 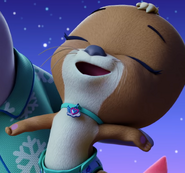 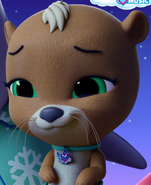 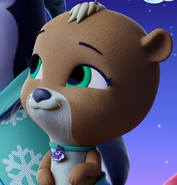 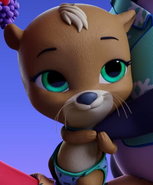 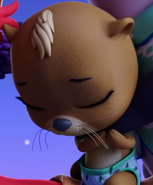 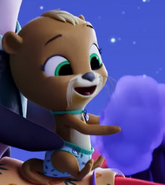 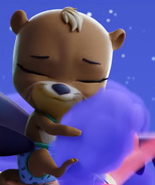 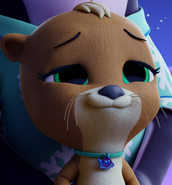