Mia is a cat and the adoptive daughter of Captain Beakman. She first appeared in "The Purrfect Little Helper."

Mia is a baby kitten that may be small, but despite that, she is strong (both physically and emotionally), brave, and is always willing to help others when they need it. She can also be very sweet, very playful, and brave. 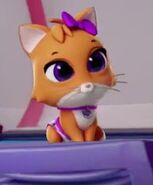 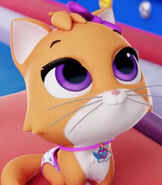 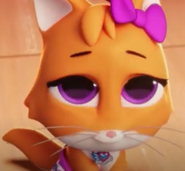